The Twin Screw Pumps use the principle of positive displacement to function. These kinds of pumps comprise of two rotors with timing gears at their ends, fixed inside a cylindrical compartment. The pump works with the help of a motor which makes the two rotors rotate in clockwise and anti-clockwise directions separately. The rotors are fitted inside the compartment in such a manner that a gap is maintained between the rotors and the walls of the compartment as the rotors circulate. The movement of the rotors pulls the water inside the pump through the suction end. The water moves along the axis of the rotors in the gap between the rotors and the compartment. The opposite movement of the rotors nullifies the thrust of the fluid, and helps in maintaining a perfect hydraulic balance.
The Twin Screw Pumps provided by Roto Pumps adhere to API 676 3rd Edition and are approved by ATEX and CE. They ensure higher volumetric efficiency owing to their dual profile screw spindles. <h4>Built in Safety Relietf Value</h4> <p>To prevent the excessive pressure built up in the system, the built in safety relief valve is capable of 100% bypassing of fluid.

</p> <h4>Robust Pump Housing</h4> <p>The pump housing are available in casted or fabricated option. The casings are designed to take care of the flange loads. The suction flange and the casing offer minimum resistance to the flow of liquid thus minimizing the NPSH requirements within the pumps. Standard Pump casing are foot mounted and non jacketed. Options are available for centre line mounting, sump heated and steam jacketed.

</p> <h4>Replaceable Liner</h4> <p>Renewable liners are standard feature. They extend the services life of the pumps and also minimize the maintenance cost over a long period.

</p> <h4>Spherical Roller Bearings</h4> <p>Fitted at both the ends, they are well suited for radial and axial loads arising out of Hydraulic pressure. And can also take care of the misalignments arisig due to unforeseen working conditions at site.

</p> <h4>Timinig Gear</h4> <p>Timing gear are housed in the gear box. The gear are hardened steel spur gears which are capable of transmitting higher torque and also maintain the clearances between the two screws resulting into longer service life. The gears are oil lubricated and away from the pumping liquid. 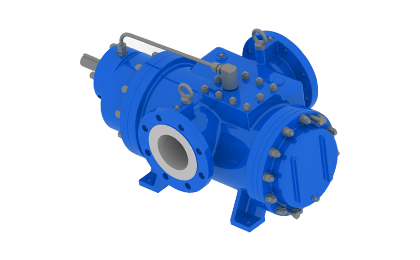 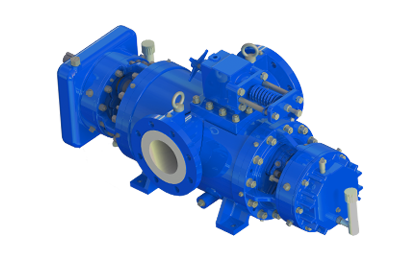 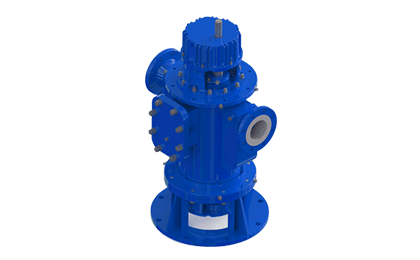